Lecturer in the Department of Computer Science, and Head of the Verification Group at The University of Liverpool.

Title:  The concepts of real-life applications.

Dr Alexei Lisitsa has graduated in Mathematics from Moscow State University (1987). In 1987-1999 he has been a researcher in  a Program Systems Research Institute of Russian Academy of Sciences. His PhD thesis (Russian Academy of Science, 1997) was on descriptive complexity and definability in AI and Database Theory.  In 1999-2000 Alexei was a postdoc researcher in Computer Laboratory, Cambridge and since 2001 he is affiliated with the University of Liverpool.

Currently Dr. Alexei Lisitsa is a Lecturer in the  Department of Computer Science and the Head of Verification group.   His research concerned with three interrelated areas:  methods for automated verification, specifically for infinite  state and parameterized systems,  automated reasoning with  applications to verification and mathematics, computer security.
He has published more than 100 research papers. Alexei is a  founding chair and member of Steering committee of the VPT workshop series on  Verification and Program Transformation, seven  editions of which have been held annually affiliated either with CAV, ETAPS or <Programming> conferences. 8th edition of  VPT will be at ETAPS 2020, Dublin, Ireland, April 2020. Alexei was Invited Expert to SC^2, 2017-2018, Satisfiability Checking and Symbolic Computation Project (Horizon 2020), and is Principal  Investigator for recently secured KTP (Knowledge Transfer Partnership)   project on secure data processing and blockchain based technologies. 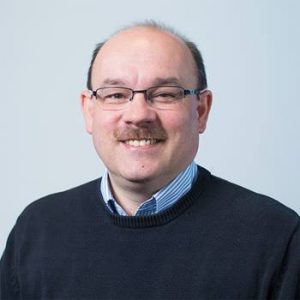 Professor Andy Shaw is currently the Director of the Built Environment and Sustainable Technology Research Institute (BEST) in the Faculty of Engineering and Technology at Liverpool John Moores University. He is head of the RF and Microwave (RFM) and the Sensors Research group (SRC) at the University. He graduated from the University of Liverpool with a BEng Hons in Electrical and Electronic engineering in 1990, a MSc in Materials Science (Engineering) in 1991 and a Ph.D. in 1995, titled “The realisation of an industrial free electron laser”. He worked as a postdoctoral researcher at the University of Liverpool for 8 years on industrial microwave applications for both material processing, sensor technologies and microwave plasma applications. In 2003, he become a lecturer at the University of Liverpool within the Electrical Engineering department whilst continuing to research in microwave industrial applications, but also in the use of subsea radio frequency (RF) communications as part of a MoD funded project and later as an FP6 EU funded project. In 2005, he joined Liverpool John Moores University as Senior Lecturer in the General Engineering Research Institute (GERI) before becoming the head of the Electrical Engineering department within the School of Engineering in 2007. He became a Reader in Environmental and Sustainable technology in 2010 within the BEST research institute and finally director of the BEST research institute in 2015 and finally attained his Professorship in Microwave technology in 2016. He has over 20 years of expertise in developing industrial applications, such as material cutting, vitrification, exhaust gas conditioning for vehicles, pyrolysis, torrefaction and gasification, microwave chemistry and microwave biodiesel production. Along with the design and development of numerous NDT sensor technologies for the process engineering, healthcare and manufacturing sectors.

School of Engineering, The University of Newcastle, Newcastle, Australia

Dr. Cesar Sanin has had very extensive experience in the area of intelligent systems development over the last 17 years. In this area, he has mainly contributed to the development of the knowledge engineering and knowledge management fields in several areas of application. One of his most novel developments has been the knowledge representation named Decisional DNA (DDNA) and the Set of Experience Knowledge Structure (SOEKS). Both technologies used in machine learning and augmented intelligence.

He obtained his PhD degree in 2007 in the area of knowledge engineering, and since then, he has been researching and leading the Knowledge Engineering Research Team – KERT – at The University of Newcastle, Faculty of Engineering and Built Environment. KERT has contributed significantly to the area of smart information use in modelling and development of complex and augmented intelligent systems.

His publications have gained over 1500 citations (Google Scholar). He has also been awarded, as co-chief investigator, six research grants and direct industry research funding from the European Union Research Council, Australian Academy of Science, the Colombian Government, and from The University of Newcastle.